Are you looking for Huawei Nexus 6P Price with technical details and comparison with other models and brands?

Huawei has introduced its Google Nexus 6P, the second phone of the same Google family to be released this year in order to tackle the growing android demand in the market. Round fingerprint sensor and bumped design, Huawei Nexus 6P is going to be the first Chinese manufactured mobile phone released in collaboration with Google. Holding a slightly smaller 5.7 inch Full HD screen instead of a large 5.9 inch display, Huaweiï¿½s Nexus 6P is packed with a better GPU to provide enhanced per pixel density. it holds 32GB internal storage and will support up-to 200GB external card as well. Huawei Nexus 6Pï¿½s body is little bumpier from its back holding a fingerprint sensor in round shape in middle and bumped upper surface holding camera, flash and a speaker grill. Nexus 6P by Huawei is equipped with a massive 3 Gigabytes of RAM along with a powerful processor capable of dealing with every android application available at the official google PlayStore. Huawei 6P holds 12.30 megapixel camera for full high definition video recording and also holds a front snapper of 8MP to provide users with some most satisfying functionalities of a selfie phone. Huawei Nexus’s 6P have got a 3500mAh battery that is non-removable but can easily provide a standby time of over a week. Moreover two color combinations will be released, panda white and pure black. Huawei Nexus 6P provides a better marshmallow operating system to its users for improved handling capabilities and will be priced accordingly with a higher tag than any other model releasing same year. Nexus 6P’s fingerprint sensor will support PayPal payment and other authorized retailers for E-commerce applications. 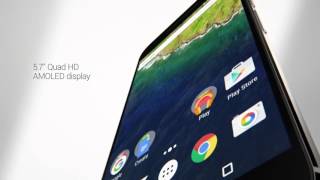