Are you looking for Huawei Ascend Mate7 Monarch Price with technical details and comparison with other models and brands?

Say hi to the Huawei’s most anticipated handset ever: The Ascend Mate 7, attracting all the professionals and geeks out there with a love of latest technology and gadgets. This huawei handset known as Mate 7 supersedes its earlier version known as Mate 2 by serving you the best of both worlds. An extra large 6.0 inch full HD display like mate 2 in a ultra sleek metallic body of 7 that’ll fit comfortably in your hands. Packed with an Octa-Core processor based on Kirin 925 SoC chipset with optimised switching between power & performance, still missing Mate 2? For the first time Huawei’s Ascend has featured fingerprint sensors in a Mate phablet or any other phone for that matter. as far as 7 is concerned, Huawei has confidently declared that fingerprint sensor technology that they use on the Ascend 7 is the most advanced to date. Users only need less than 1 second to unlock the Mate 7, unlocking all operations with just a single touch without any delay. The chinese giant have not released any price for the 7 but its going to reach the pakistani market real soon. Mate7 has a built-in private security engine to protect all the sensitive huawei apps including fingerprint sensor. with pretty exceptional camera features Mate7 is equipped with Sony’s 4rth generation 13 MP sensor with 5 lens system. Huawei Ascend’s Mate 7 makes sure that you live the moment. FM radioFM radiomicroUSB 2.0, USB On-The-Go 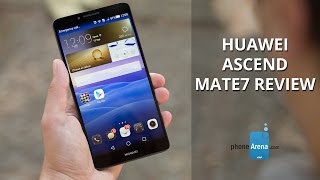